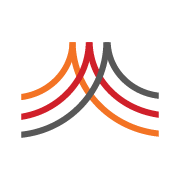 The Kinnelon Traffic Bureau is responsible for many different functions
with in the borough. Among the responsibilities are:

The Kinnelon Police Traffic Bureau will ensure and promote both vehicular and pedestrian safety. This shall be accomplished through public, political and Departmental awareness. The bureau shall promote professional development of department personnel in the field of traffic safety. The bureau will create a more thorough public awareness, through use of all media and visible patrol. Data analysis will help determine problem locations which will be relayed to personnel and various agencies to correct any issues. The bureau is to adhere to the departments core values - Integrity, Accountability, Pride, Fairness, Respect, Service and Compassion.

The goal of this program is to increase the statewide safety belt usage rate to 92%. The current

safety belt usage rate in New Jersey is 90%, and the rate has steadily risen during the last ten years.

In 2006, there were 773 motor vehicle fatalities in New Jersey, a large percentage of which were not wearing a safety belt. Safety belt use saves lives and prevents injuries. Between 1975 and 2000, safety belts prevented 135,000 fatalities and 3.8 Million injuries nationwide, saving 585 Billion in medical and other costs.

Safety belts are especially important for teens an young adults. Motor vehicle crashes are the leading cause of death for people in the age range of 15 to 34 in the United States.

The Kinnelon Police have a zero tolerance for safety belt enforcement. Concerted efforts are going on locally and statewide to raise awareness about the importance and life-saving benefits of safety belts.

According to the NATIONAL HIGHWAY TRAFFIC SAFETY ADMINISTRATION (NTHSA), almost 175,000 pedestrians died on U.S. roadways between 1980 and 2005. 4,881 pedestrians died while walking in neighborhoods or crossing streets in 2005. 500 of these deaths were children under 14 years old.

Motor vehicle crashes are the leading cause of deah for children of every age from 2-14 years old. More than one-fifth of children betwen 5 and 9 killed in traffic incidents in 2006 were pedestrians.

OVER THE LIMIT UNDER ARREST

Jersey and this department will be participating in the Over the Limit Under Arrest campaign to combat drinking and driving.

For further information on drinking and driving visit: